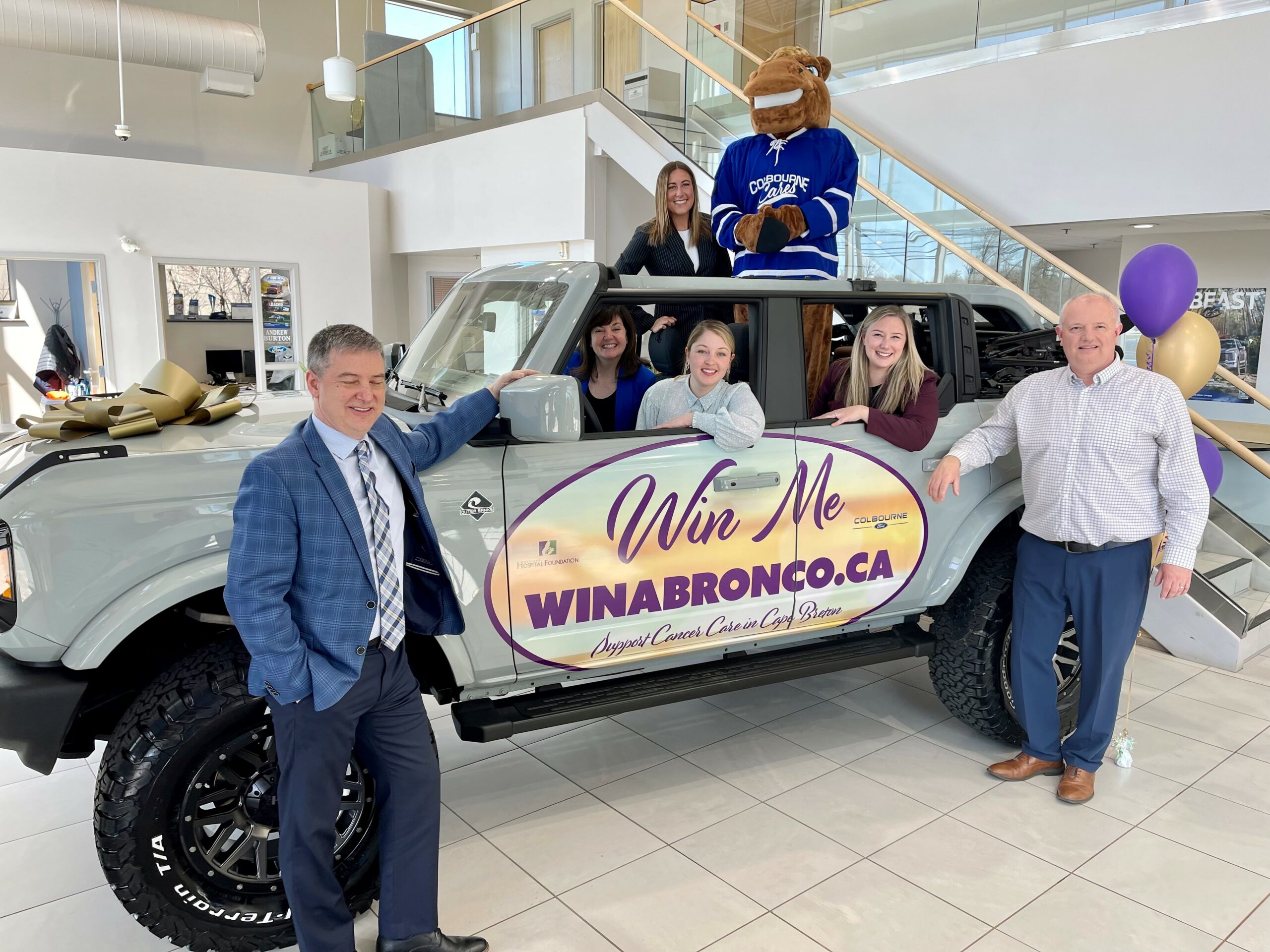 SYDNEY, N.S – The Cape Breton Regional Hospital Foundation has partnered with Colbourne Ford to launch their first ever vehicle lottery, in support of the Cancer Care Here at Home campaign.

The lottery features a grand prize of a Colbourne custom 2021 Bronco Outer Banks with a sport tent, worth more than $65,000, an early bird prize of two tickets anywhere Westjet flies, and other secondary prizes.

“We are delighted to launch this lottery with the support of our friends from Colbourne Ford. Proceeds from the draw will support our Cancer Care Here at Home campaign,” says Paula MacNeil, CEO of the Cape Breton Regional Hospital Foundation. “We are grateful for the continued support from Rodney Colbourne, Brad Jacobs, John Gillis and the team at Colbourne Ford to make this a possibility. It’s exciting for our Foundation, for cancer care, and for our community!”

In April, the Foundation announced that the campaign had surpassed the halfway mark to its fundraising goal, reaching $6.4 million in donations and pledges. The money raised will be used to support the purchase of vital equipment, and fund patient support programming as well as research and innovation, all to take place in the new Cape Breton Cancer Centre.

“I’m currently living with stage four cancer and will need access to cancer care for the rest of my life,” says Carrie Ann Maloney, cancer patient and friend of the Foundation. “The Cancer Care Here at Home campaign and the new Cape Breton Cancer Centre build provide my family and I with a level of comfort and relief of a lot of anxieties. Having better access to care, here at home, will ultimately allow me to live more freely.”

“We are proud to support the advancement of Cancer Care in Cape Breton as part of Colbourne Cares,” says Brad Jacobs, general manager of Colbourne Auto Group. “We couldn’t think of a better way to support this important campaign than featuring this Colbourne custom Ford Bronco built on strength and resilience, characteristics demonstrated by cancer patients and caregivers here in Cape Breton.”

To learn more and purchase a ticket, visit www.winabronco.ca.

Your ticket for the: Cape Breton Regional Hospital Foundation launches lottery in support of Cancer Campaign