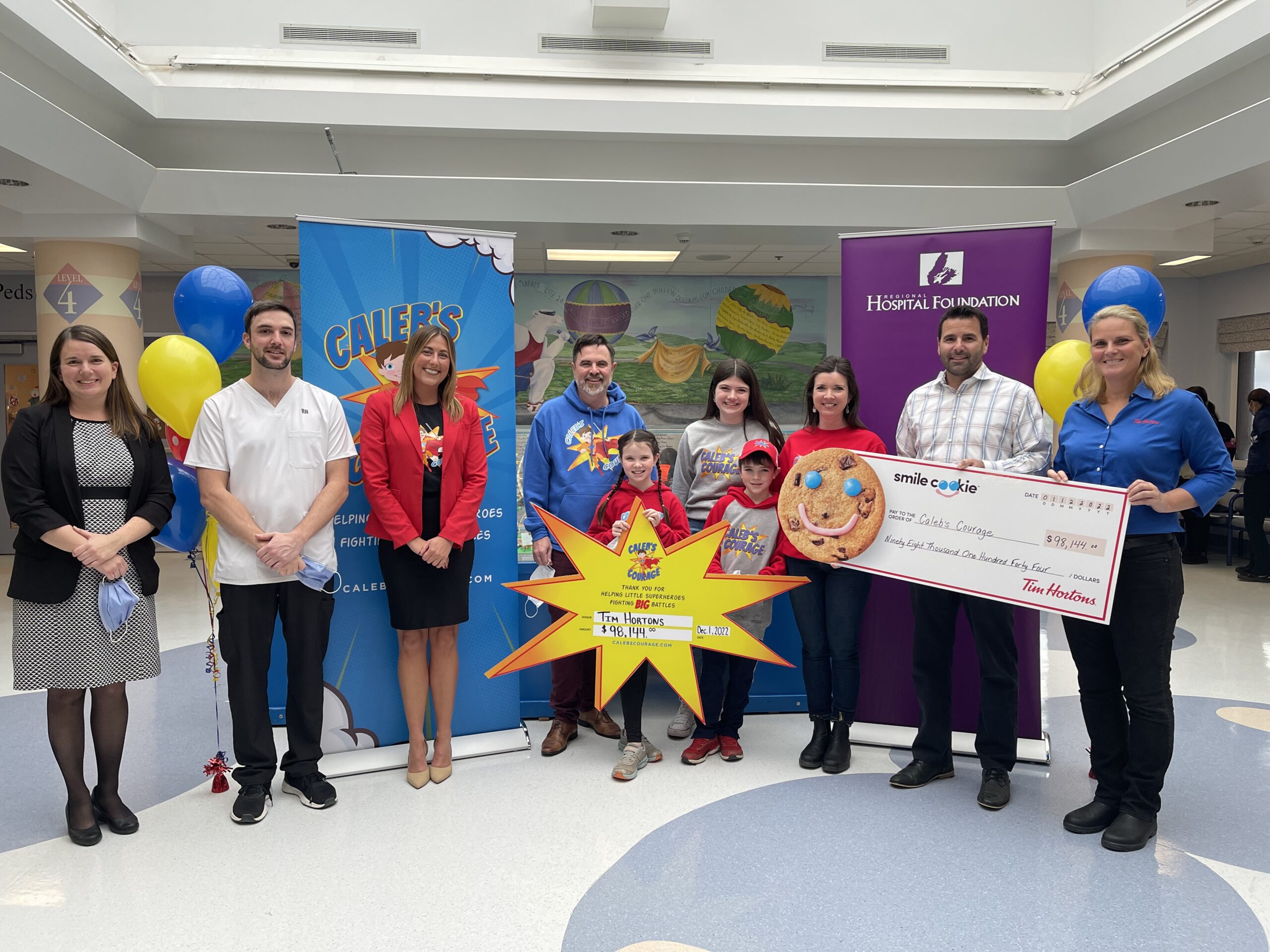 Tim Hortons hosted their annual Smile Cookie campaign from September 19-25, across the country. Locally, 100 per cent of proceeds were earmarked for Caleb’s Courage and the Cape Breton Regional Hospital Foundation.

On Thursday, gathered in the Pediatrics Unit at the Cape Breton Regional Hospital, local Tim Hortons owners presented a cheque with a grand total of $98,144 to Nicole and Mike MacArthur of Caleb’s Courage. This is the first time all Tim Hortons on the island contributed proceeds to the same charity. Nearly $100,000 raised is considered a great success, especially because hurricane Fiona put a damper on the last two days of sales.

“We are thrilled to be chosen as the charity of choice for Tim Hortons Smile Cookie Campaign,” says Nicole Forgeron-MacArthur, Caleb’s mom. “It’s a fundraiser our family eagerly awaits every year, but being the recipient brought a whole new level of excitement. Nothing can stop Capers from stepping up to support a super cause, not even a hurricane! Almost 100,000 cookies sold in basically 5 days – our smiles couldn’t be bigger right now. This donation will make a huge difference for our little superheroes and their families.”

After one of Caleb’s Courage largest fundraisers – Caleb’s Superhero Walk Run Fly – was cancelled due to the hurricane, the nearly $100,000 donation from Tim Hortons is perfectly timed.