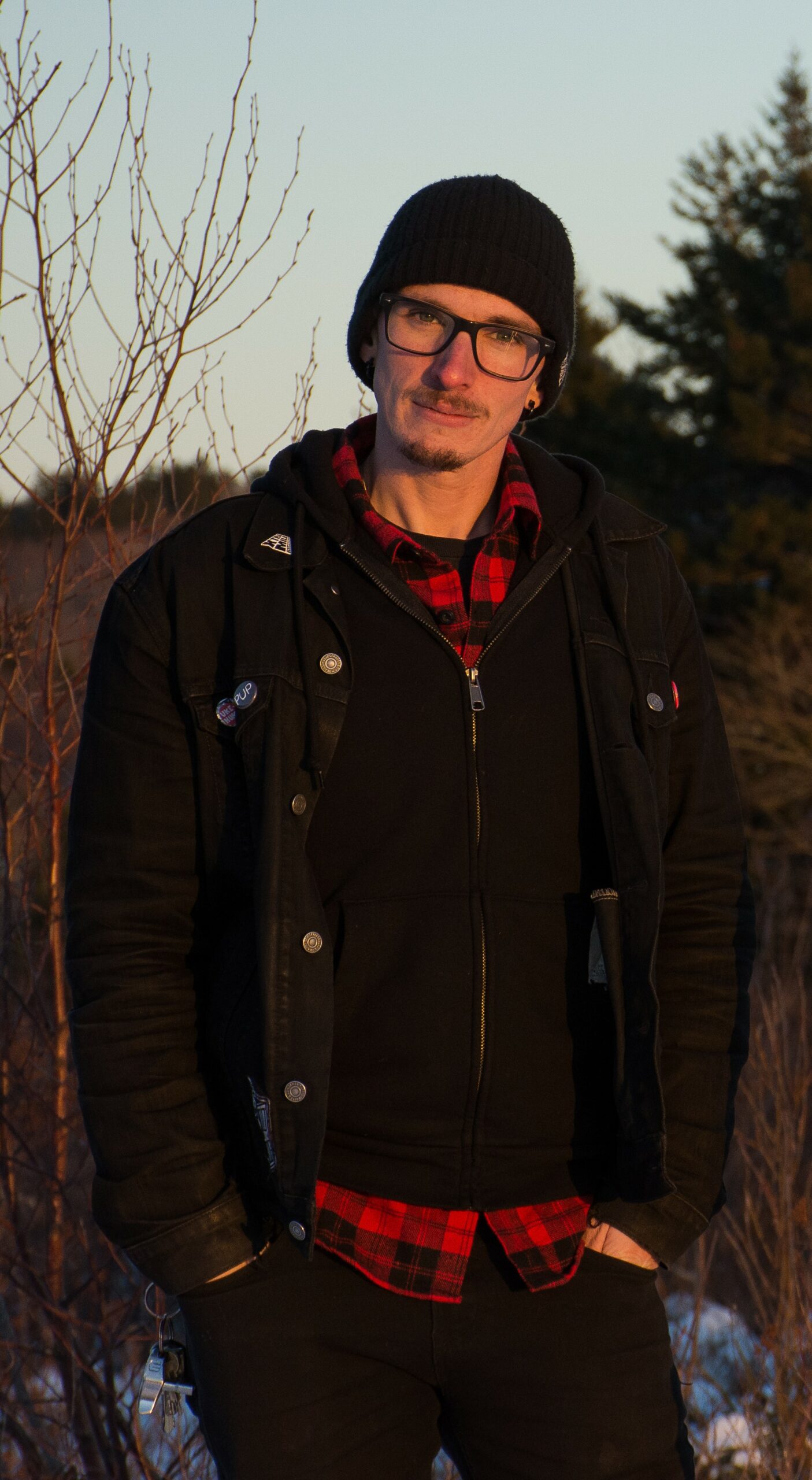 He’ll never admit it, but he’s kind of a legend around here. Dylan Mombourquette is not only well-known for his years of punk rock in the Cape Breton music scene, as a drummer for Ricochet, session work with Lakewind Studios, Christmas Daddies and some other familiar local bands, but his cancer diagnosis was spark that ignited a flame. A flame which has helped hundreds of other cancer patients in Cape Breton over the past decade.
The Cancer Patient Care Fund Benefit concert started in 2008 when ICU nurse, Liz Healy, saw the needs firsthand. A young, scared 19-year old Dylan, who couldn’t eat due to extreme tooth pain and would often tailspin into a dreaded pain shock, was in serious need of support.
His family was doing everything they could to support him through his cancer, but without sufficient medical coverage for the $400 pills in addition travel/accommodations for specialist appointments, they were struggling to make ends meet.
When Dylan was diagnosed with non-Hodgkin’s Lymphoma he was young and admittedly naïve about the disease. In fact, when his father told him the name of his diagnosis, he simply replied, “Well, at least it’s not cancer.”
Although he’d come to learn that this dreadful disease, and essential treatments, were painful and often caused despair and constant aching, he never gave up.
Expense after expense built up, as new side effects of the cancer appeared. Dylan was trying to live as close to a normal life as possible, even leaving the hospital with IV in-arm to play drums at a rock show in Sydney one night. He admits it may not have been the best idea, but at a young and fragile age, normalcy was often craved. He wanted to be normal.
The Cancer Patient Care Fund, a relatively new fund at the time, was available thanks to the generosity of Cape Bretoners. The fund, designed to support cancer patients with the costs of medication, dental work, accommodations, income replacement and more, came to Dylan at a time where he needed it the most.
“I’m sure I wouldn’t be here if it wasn’t for Tom and the Cancer Centre,” Dylan tells us. “Between the psychological damage, the hit to my finances and the severe impact to my entire physical being, cancer could have taken me down, but I was spared.”
With the exception of some specialist appointments and scans off-island, Dylan was fortunate to have all of his cancer treatment here in Cape Breton. He was close to family and friends and relied on their support, heavily. Right up until his cancer was considered in remission, he was treated in his home community, by his neighbors, some who became friends. Dylan’s story did not come without highs and lows, but his cancer journey was battled on his own grounds, here in Cape Breton.
Unfortunately, days before Dylan was to visit his father in Alberta in 2018, he was hospitalized and checked for a cancer that is most frequently found in men between the ages of 75-80.  In January of 2019 a second and separate diagnosis was delivered, but this time it was less aggressive and the treatment less invasive. Dylan is living with a tumor, but is not actively dealing with the cancer.
Today, he is a grateful recipient of a fund that helps an average of 45 (and often more than 60) patients every single month. He is set to be married to the love of his life and he misses his father who passed recently.
Today, Dylan stands as a symbol of why Cape Breton gives back. He beat cancer and inspired an event that has helped pull hundreds of other Cape Breton cancer patients out of their worst financial nightmare while dealing with cancer.

Your ticket for the: Dylan’s Legacy