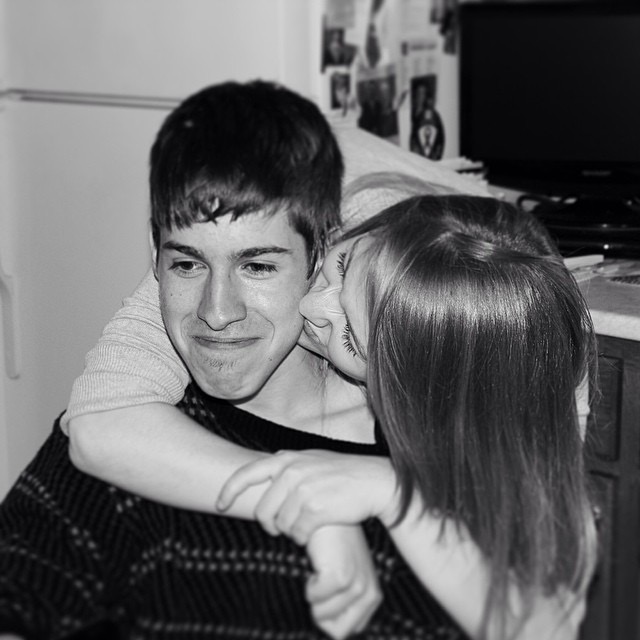 “Everyone is afraid to say it,” Chelsea McLellan says boldly.

“Suicide – nobody wants to talk about it.”

At 21 years old, Chelsea hopes to someday pursue a career in psychology – but for her, the terrifying truth about suicide became real less than one year ago.

“My brother was so intelligent and bright,” she reflects. Chelsea’s brother Connor was diagnosed at the age of 17 with Psychosis, an offset of Schizophrenia.

While there were signs of this condition throughout his life, Chelsea remembers that prior to his diagnosis, Connor showed several signs that were key indicators to her and her family.

“He became withdrawn from his normal daily activities, like painting and school work,” she remembers. After a suicide attempt at home, Connor was taken to the mental health unit at the Cape Breton Regional Hospital where he stayed for nearly two weeks.

At first, Connor was diagnosed with stress, but his family knew it was much more than that.

It took several referrals to get a proper diagnosis and medications that worked for Connor – but his sister says he was adjusting well, months after his diagnosis.

“There were no warning signs,” Chelsea looks back on a dark time last November. Connor went out for his regular walk on a Friday evening. Chelsea remembers the panic she felt when she received the call that he hadn’t returned home.

After 72 hours, the McLellan family filed a missing person case with the Cape Breton Regional Police.

Frantically releasing photos and information – the McLellan family received seven sightings of Connor in a 24 hour period. He was last spotted at 6 p.m. on the evening after leaving for his walk.

Connor’s body was found five days later. He had taken his own life.
One week before his death, Connor told his mother that he was adjusting well to his medication – but as the autopsy confirmed, there was no medication in Connor’s system for quite some time.

“One in five people are affected by mental illness. And suicide is the leading cause of non-accidental death among youth in Canada,” Chelsea explains, “People need to be talking about it and learning about what help is available for young people.”

In order to bring awareness to mental health illnesses and suicide prevention, Chelsea and her family are hosting a walk in memory of their beloved brother and son, Connor.

Your ticket for the: Walk with Me: Connor’s Story